Many people will remember Sandford as ‘The Sandford Country House Hotel’ or ‘The Sandford Hills Hotel’ as it was known until 2007 when it closed. Some people will remember it as the home of the Valentines family, then following that, the home of Sir William Walker and his wife, Lady Bluebell Walker. In more recent times many local people were married at Sandford, held their receptions or private function/celebrations there, or came up to the hotel with their families to chill-out on a Sunday afternoon.

Sandford House is one of only two houses in Scotland designed by the Arts and Crafts Architect Mackay Hugh Baillie Scott. First known as ‘Sandford Cottage,’ it was built in 1902 for Harben J Valentine, the photographic publisher from Dundee. At this time they were photographers to Queen Victoria and also the official photographer for the inquest into the Tay rail bridge disaster in December 1879. The house was built with red brick walls and thatched using reeds from the river Tay. As the Valentines business grew another wing was added, also brick with a thatched roof, but disaster struck in 1910 when the house suffered a catastrophic fire. Baillie Scott was once again commissioned to redesign the house and it was re-built this time with brick walls that were harled and a Rosemary tiled roof to reduce the fire risk.

The house was sold in the 1930s to Sir William and Lady Walker as a family home, and during the war years they supported the war effort by utilising the house as a leave centre for the Norwegians of the 333 Catalina flying boat squadron who were based at Woodhaven.. The Walkers sold the house in the 1960s when it was converted into an hotel. The hotel was initially very successful and popular under various ownerships, especially the Robertson family who still live locally. They added the west wing in 1979 to increase the number of bedrooms by 10. It’s in this wing that the majority of the holiday accommodation is situated.

From about 2007 Sandford lay empty for over three years before Evelyn and Ralph rescued it with the intention of restoring it to a family home with guest accommodation to assist with repairs over the years – it’s too large for two people and four cats! We are now in the closing stages of a complete restoration, which is in keeping with the original arts and crafts style.

The restoration came to the attention of the BBC who filmed the changes over a period of 18 months and produced a program ‘Restoration Home – Sandford House’ which was hosted by the popular Actress Caroline Quentin and broadcast worldwide. 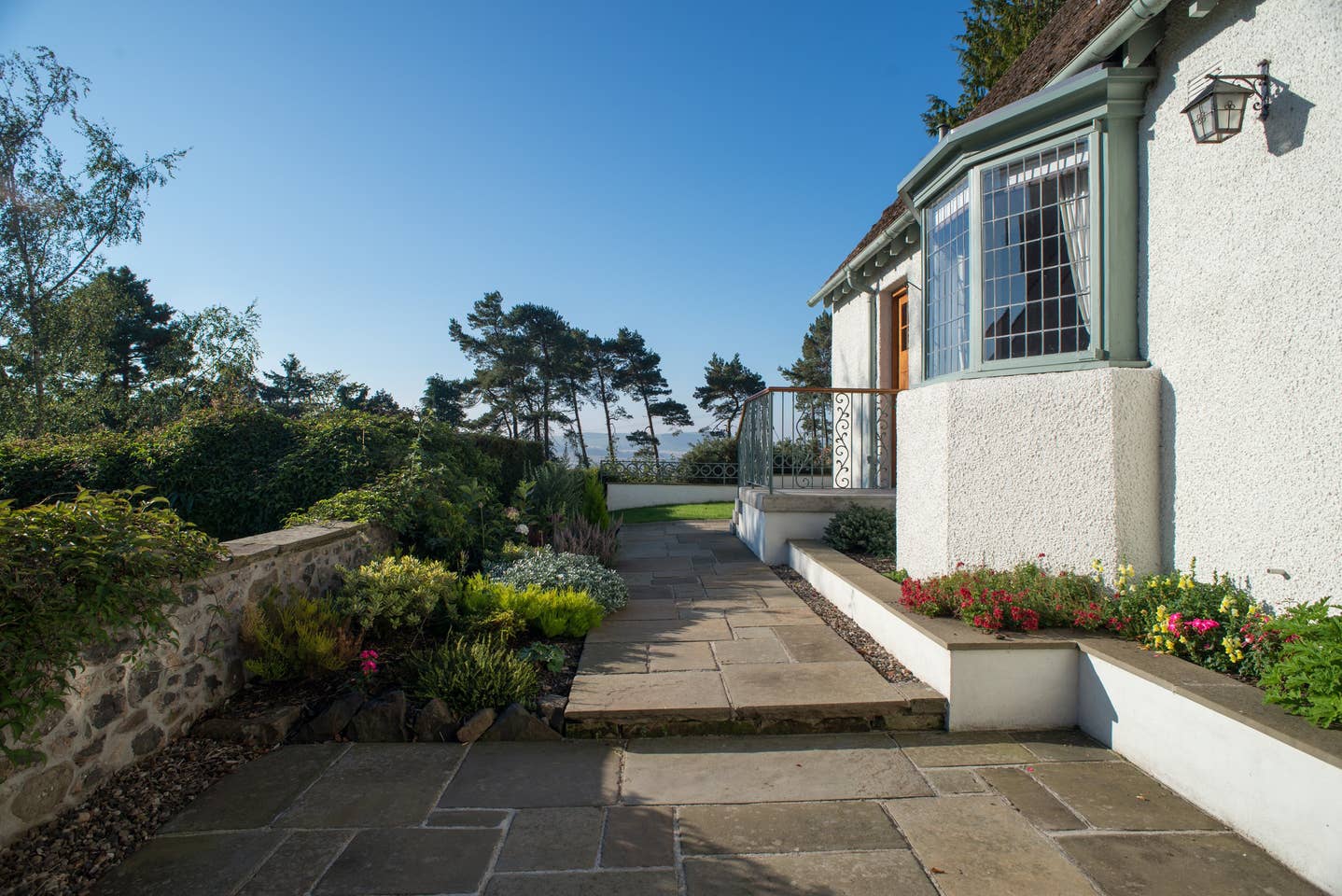 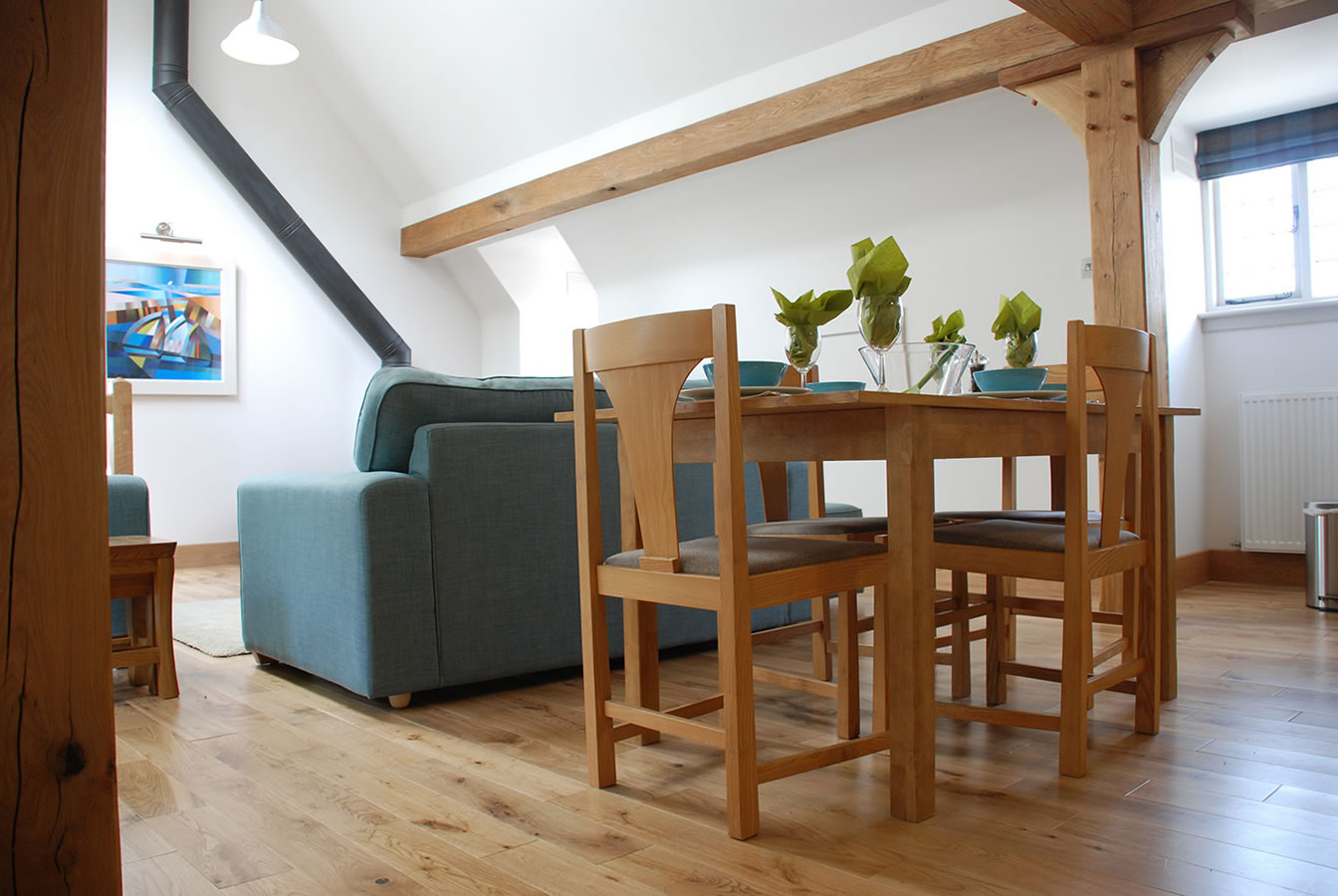 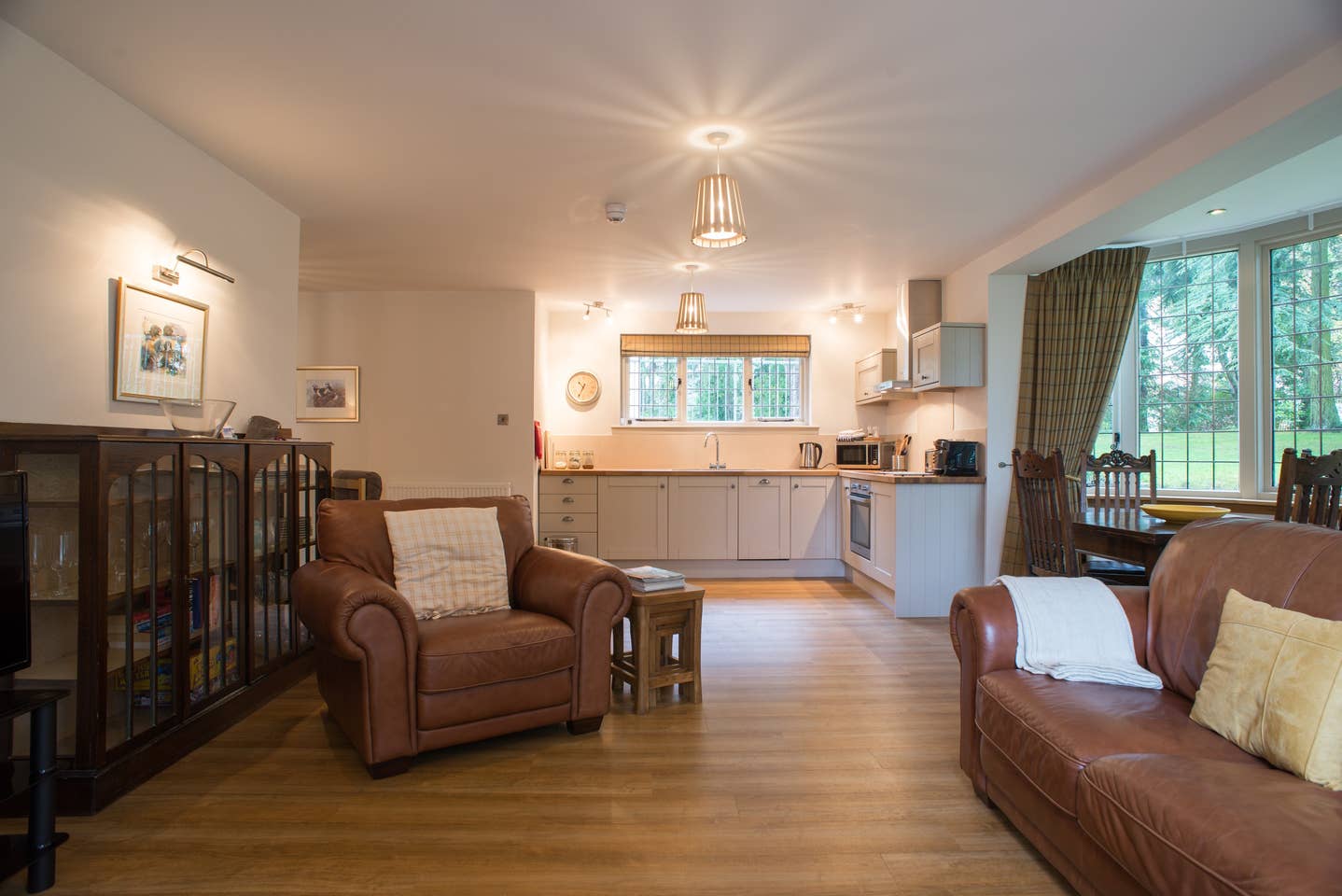 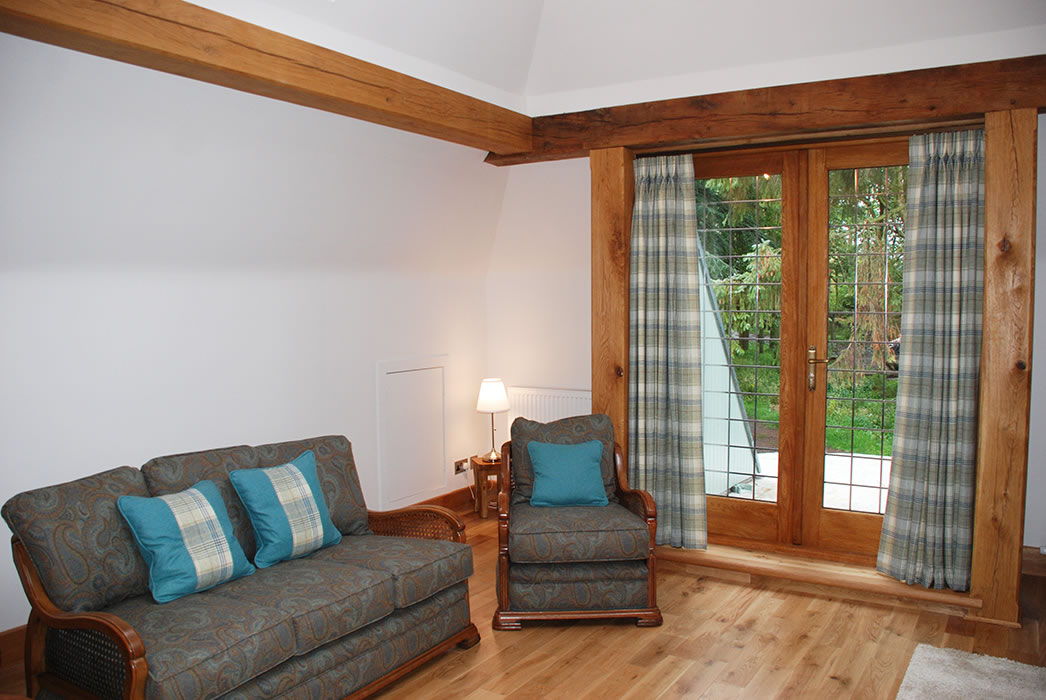 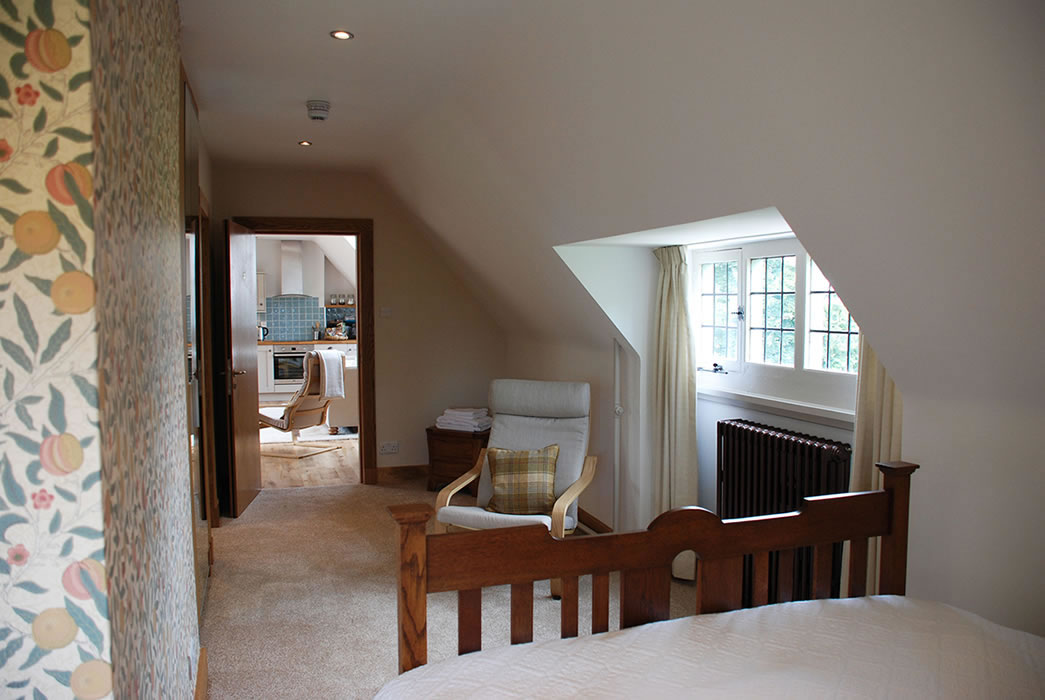 One bedroomed cottage, sleeps 2 in one en-suite bedrooms ...